Selling England By The Pound

1 : Dancing With The Moonlit Knight

“Can you tell me where my country lies?”
said the unifaun to his true love’s eyes.
“It lies with me!” cried the Queen of Maybe
– for her merchandise, he traded in his prize.

“Paper late!” cried a voice in the crowd.
“Old man dies!” The note he left was signed ‘Old Father Thames’
– it seems he’s drowned;
selling england by the pound.

Citizens of Hope & Glory,
Time goes by – it’s “the time of your life”.
Easy now, sit you down.
Chewing through your Wimpey dreams,
they eat without a sound;
digesting england by the pound.

There’s a fat old lady outside the saloon;
laying out the credit cards she plays Fortune.
The deck is uneven right from the start;
and all of their hands are playing apart.

The Captain leads his dance right on through the night
– join the dance…
Follow on! A Round Table-talking down we go.
You’re the show!
Off we go with – You play the hobbyhorse,
I’ll play the fool.
We’ll tease the bull
ringing round & loud, loud & round.

Follow on! With a twist of the world we go.
Follow on! Till the gold is cold.
Dancing out with the moonlit knight,
Knights of the Green Shield stamp and shout.

It’s one o’clock and time for lunch,
When the sun beats down and I lie on the bench
I can always hear them talk.

There’s always been Ethel:
“Jacob, wake up! You’ve got to tidy your room now.”
And then Mister Lewis:
“Isn’t it time that he was out on his own?”
Over the garden wall, two little lovebirds – cuckoo to you!
Keep them mowing blades sharp…

I know what I like, and I like what I know;
getting better in your wardrobe, stepping one beyond your show.

Sunday night, Mr Farmer called, said:
“Listen son, you’re wasting your time; there’s a future for you
in the fire escape trade. Come up to town!”
But I remebered a voice from the past;
“Gambling only pays when you’re winning”
– I had to thank old Miss Mort for schooling a failure.
Keep them mowing blades sharp…

I know what I like, and I like what I know;
getting better in your wardrobe, stepping one beyond your show.

When the sun beats down and I lie on the bench,
I can always hear them talk.
Me, I’m just a lawnmower – you can tell me by the way I walk.

The path is clear
Though no eyes can see
The course laid down long before.
And so with gods and men
The sheep remain inside their pen,
Though many times they’ve seen the way to leave.

He rides majestic
Past homes of men
Who care not or gaze with joy,
To see reflected there
The trees, the sky, the lily fair,
The scene of death is lying just below.

The mountain cuts off the town from view,
Like a cancer growth is removed by skill.
Let it be revealed.
A waterfall, his madrigal.
An inland sea, his symphony.

Undinal songs
Urge the sailors on
Till lured by sirens’ cry.

Now as the river dissolves in sea,
So Neptune has claimed another soul.
And so with gods and men
The sheep remain inside their pen,
Until the Shepherd leads his flock away.

The sands of time were eroded by
The river of constant change.

Here am I
Who while away the mornings
Since you’ve gone
Too long have I lay alone
Not knowing which way to turn.

And there you are
Quite sure that you were right
Knowing full well
That I’d be the first one
To go down.

And you’d be the one who was laughing
Except when things weren’t going your way
And then the lady would say that she’d had enough
Wandering around on her own.

The day you left
Well I think you knew you’d not be back
Well at least it would seem that way
Because you never said goodbye.
But when it comes round to you and me
I’m sure it will work out alright.

And you’d be the one who was laughing
And giving me something I don’t need
And you know, I’d always hold you and keep you warm
Oh! more fool me.

Ah, but when it comes
Round to you and me
I ask myself
Do I really believe
In your love.

Yes, I’m sure it will work out alright.

5 : The Battle Of Epping Forest

There’s Willy Wright and his boys –
one helluva noise, that’s Billy’s boys!
With fully-fashioned mugs, that’s Little John’s thugs,
the Barking Slugs – supersmugs!
For today is the day when they sort it out, sort it out,
yes these Christian soldiers fight to protect the poor.
East end heroes got to score in…

Coming over the hill are the boys of Bill,
and Johnny’s lads stand very still.
With the thumpire’s shout, they all start to clout
– there’s no guns in this gentleman’s bout.
Georgie moves in on the outside left
with a chain flying round his head;
and Harold Demure, from Art Literature,
nips up the nearest tree.
(Here come the cavalry!)

Amidst the battle roar,
accountants keep the score: 10-4.
They’ve never been alone, after getting a radiophone.
The bluebells are ringing for Sweetmeal Sam, real ham,
handing out bread and jam just like any picnic.

It’s 5-4 on William Wright; he made his pile on Derby night.
When Billy was a kid, walking the streets,
the other kids hid – so they did!
And now, after working hard in security trade, he’s got it made.
The shops that need aid are those that haven’t paid.

“I do my double-show quick!” said Mick the Prick, fresh out the nick.
“I sell cheap holiday. The minute they leave,
then a visit I pay – and does it pay!”
And his friend, Liquid Len by name,
of Wine, Women and Wandsworth fame,
said “I’m breaking the legs of the bastard that got me framed!”

They called me the Reverend when I entered the Church unstained;
my employers have changed but the name has remained.
It all began when I went on a tour,
hoping to find some furniture.
I followed a sign – it said “Beautiful Chest”.
It led to a lady who showed me her best.
She was taken by surprise when I quickly closed my eyes.
So she rang the bell, and quick as hell
Bob the Nob came out on his job
to see what the trouble was.
“Louise, is the Reverend hard to please?”
“You’re telling me!”
“Perhaps, sir, if it’s not too late.
we could interest you in our old-fashioned Staffordshire plate?”
“Oh no, not me, I’m a man of repute.”
But the Devil caught hold of my soul and a voice called out “Shoot!”

To save my steeple, I visited people;
for this I’d gone when I met Little John.
His name came, I understood,
when the judge said “You’re a robbing hood.”
He told me of his strange foundation,
conceived on sight of the Woodstock nation;
he’d had to hide his reputation.
When poor, ’twas salvation from door to door.
But now, with a pin-up guru every week,
it’s Love, Peace & Truth Incorporated for all who seek.

He employed me as a karma-ma-mechanic, with overall charms.
His hands were then fit to receive, receive alms.
That’s why we’re in

In with a left hook is the Bethnal Green Butcher,
but he’s countered on the right by Mick’s chain-gang fight,
and Liquid Len, with his smashed bottle men,
is lobbing Bob the Nob across the gob.
With his kisser in a mess, Bob seems under stress,
but Jones the Jug hits Len right in the mug;
and Harold Demure, who’s still not quite sure,
fires acorns from out of his sling.
(Here come the cavalry!)

Up, up above the crowd,
inside their Silver Cloud, done proud,
the bold and brazen brass, seen darkly through the glass.
The butler’s got jam on his Rolls; Roy doles out the lot,
with tea from a silver pot just like any picnic.

Along the Forest Road, it’s the end of the day
and the Clouds roll away.
Each has got its load – they’ll come out for the count
at the break-in of day.
When the limos return for their final review, it’s all thru’
– all they can see is the morning goo.
“There’s no-one left alive – must be draw.”
So the Blackcap Barons toss a coin to settle the score.

Home from work our Juliet
Clears her morning meal.
She dabs her skin with pretty smells
Concealing to appeal.
I will make my bed,
She said, but turned to go.
Can she be late for her cinema show?

Romeo locks his basement flat,
And scurries up the stair.
With head held high and floral tie,
A weekend millionaire.
I will make my bed
With her tonight, he cries.
Can he fail armed with his chocolate surprise?

Take a little trip back with father Tiresias,
Listen to the old one speak of all he has lived through.
I have crossed between the poles, for me there’s no mystery.
Once a man, like the sea I raged,
Once a woman, like the earth I gave.
But there is in fact more earth than sea.

Take a little trip back with father Tiresias,
Listen to the old one speak of all he has lived through.
I have crossed between the poles, for me there’s no mystery.
Once a man, like the sea I raged,
Once a woman, like the earth I gave.
But there is in fact more earth than sea. 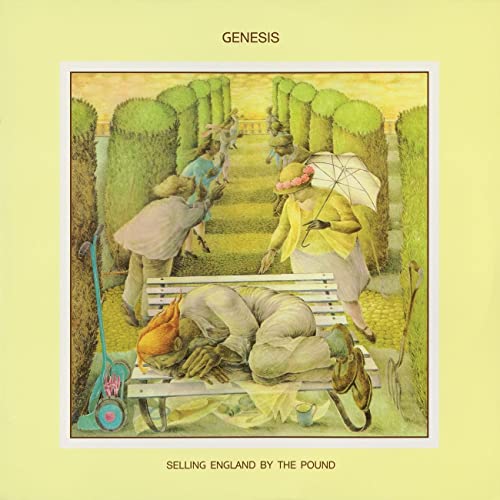 Singles :
Mars 74 – I know what I like – Twilight alehouse